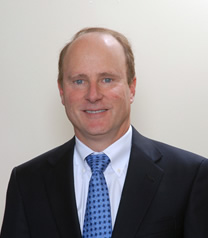 In 1988, Mark B. Weisser and his partner, Scott A. Wolf, established Weisser and Wolf – a premier personal injury and workers’ compensation law firm serving Cincinnati, Southwest Ohio and Northern Kentucky.

Mr. Weisser’s extensive achievements have been recognized by his peers in the legal community. He has received an AV Preeminent Peer Review rating by Martindale Hubbell, which is the highest rating possible. Mark has been named a Super Lawyer by his peers on a continual basis from 2008 to the present. Mark has also been admitted as a member to the Multi-Million Dollar Advocate Forum, an exclusive group of lawyers who have achieved a verdict or settlement in excess of $2 million dollars. Mr. Weisser obtained a multi-million dollar verdict in a first medical malpractice claim which he tried before a jury. He has obtained a multi-million dollar settlement in a complex product liability case arising out of a defective coupler mechanism which caused a bucket to be detached, fatally injuring a worker within a trench. In 2010, Mr. Weisser acted as lead attorney in an electrical injury case involving a local utility company, which resulted in a multi-million dollar settlement.

Mr. Weisser was born and raised in Cincinnati and he has remained in the region since graduating from Walnut Hills High School. He is married and has two adult children. He has worked extensively with several charities in the community.

A successful representation of a client often involves the need to appeal adverse decisions or to defend appeals filed by the opposing party. Mr. Weisser has distinguished himself in the field of appellate advocacy as demonstrated by the following successful appeals, all of which have resulted in victories for Mr. Weisser’s clients: